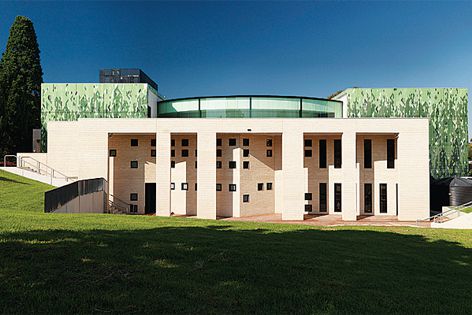 In Australia, it is estimated that 39% of the end energy usage in domestic buildings is for space heating and cooling.

In 2002, Think Brick embarked on an eight-year thermal research program in collaboration with the University of Newcastle. The research found that clay brick is a superior building material in producing energy-efficient environments for people to live and work in and that insulated cavity brick performed the best. The findings also concluded that lightweight buildings performed worst in all seasons, with brick veneer performing better, that thermal mass in floors alone is not sufficient to reduce extremes in temperature, and that there is no correlation between the R-Value of a wall and energy usage.

Clay brick housing does not need the same level of artificial cooling during peak electricity demands in summer as other forms of construction. Occupants of brick houses experience greater comfort and less frequent need for airconditioning.