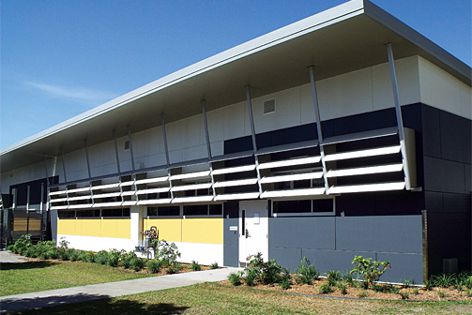 Elipsa louvres have been used at the Cairns TAFE College in North Queensland.

There has been an overwhelming response from architects following the release of the Elipsa elliptical louvre range from Hi-Light Industries. Elipsa has been specified in major commercial architectural projects including the Cairns TAFE College in North Queensland.

Elipsa louvre blades feature a curved profile, which provides a softer detail than traditional flat blade louvres. Designers can provide shading to a building with a softer treatment, while at the same time establishing a flowing visual feature where once hard edges would have dominated.