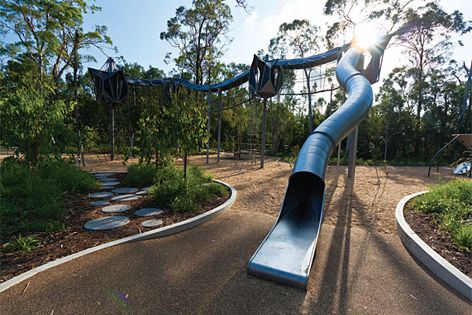 The residents of Calamvale, south of Brisbane, are among the first people in Australia to witness a new era of play.

The new SkyWalk project at Calamvale District Park is an exciting new play precinct, which was officially opened on Australia Day 2012 and is captivating the local kids. The project was designed collaboratively by German manufacturer Corocord and Brisbane-based playground designers, suppliers and installers Urban Play. The up-to-eight-metre-high equipment consists of four “sky cabins” that are connected by freestanding rope bridges, and which seem to reach to the sky.