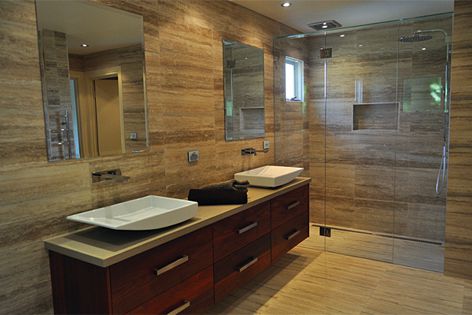 This bathroom from Cottles Bridge, Victoria was one of the winners of the “people’s choice” award.

The winners of the annual Reece Beautiful Bathroom Competition were revealed in June.

The overall winner was a monochromatic retreat, with sleek, modern lines mixed in with traditional touches. The bathroom features twin Porcher basins complemented by chic Scala tapware, elegant timber screens and a freestanding bath. Freestanding baths were a key look in the 2012 competition with the two “people’s choice” bathrooms also featuring them.