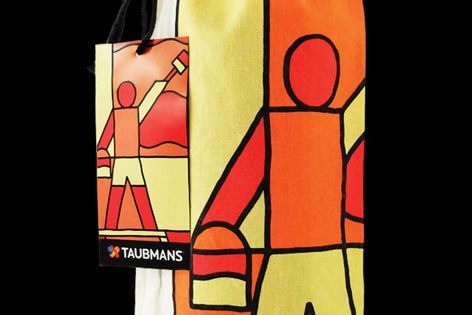 Artist Stephen Baker was commissioned to create a work called The Painter, which adorns a limited-edition Colour Galaxy Fandeck bag. 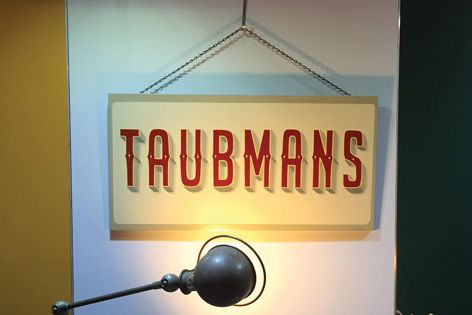 A sign by TJ Guzzardi featuring colours from the latest Colour Galaxy Fandeck.

In 1901, George Henry Taubman, a Sydney sign-writer, was dissatisfied with the quality of paints available in the Australian market, so he decided to establish his own paint business. To pay tribute to this rich history and to celebrate the launch of the new Colour Galaxy Fandeck, Taubmans is launching a new campaign named Off Canvas.

The campaign features sign painter TJ Guzzardi, who has revived the art of sign-writing from his workshop in Tullamarine, Melbourne. TJ helped to launch the campaign at the recent DEN Fair in Melbourne by creating striking signs featuring some of the latest paint colours from the new fandeck.

In addition, Stephen Baker, an artist and creative best known for his mural at the Fitzroy Pool in Melbourne, was commissioned to create a work called The Painter, which adorns a limited-edition Colour Galaxy Fandeck bag.

World-renowned street artist Rone is now a Taubmans ambassador. Rone, who is based at Everfresh Studio in Melbourne, began his career stencilling on skateboards and at skate parks. Today, he travels the world to create major commissioned artworks. taubmans.com.au