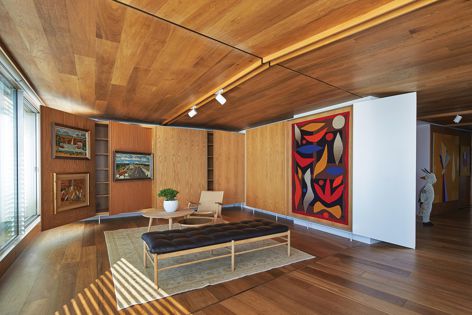 Darling Point Apartment by Chenchow Little, Australian House of the Year and winner of the Apartment or Unit category. Photography: Peter Bennetts. 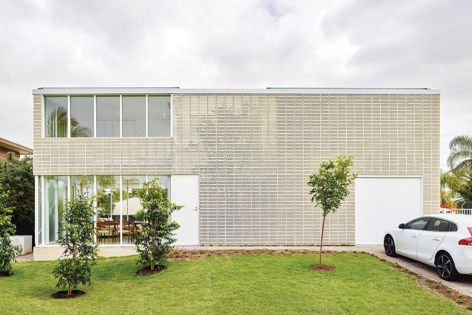 Outstanding residential architecture has been recognized by the 2016 Houses Awards, revealed at a gala event on 22 July. More than 300 architects, designers and their clients gathered at Sydney’s Doltone House Hyde Park for the announcement and presentation party.

Presented by Houses magazine, the Houses Awards is an annual program celebrating Australia’s best residential projects. Excellence is rewarded in nine categories, with the best house receiving the premier award of Australian House of the Year.

In 2016, the Australian House of the Year is Darling Point Apartment by Chenchow Little, marking the first time that an apartment has taken out the top award. The jurors were impressed by the “striking interior [that] is immediately appealing but reveals its beauty in the detail,” and stated that the naming of an apartment as the Australian House of the Year “reflects a shift in the way many Australians live today.”

The full list of winners and commended projects, including images and jury citations, can be viewed on the Houses Awards website. The 2016 Houses Awards is generously supported by Cult, Artedomus, Artemide, Asko, Blum, Haymes Paint, Heritage Councils of Victoria and New South Wales, Knauf, Maximum and Think Brick. housesawards.com.au