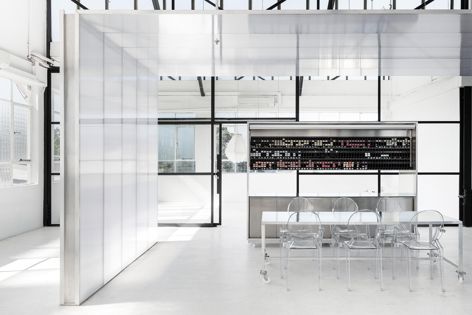 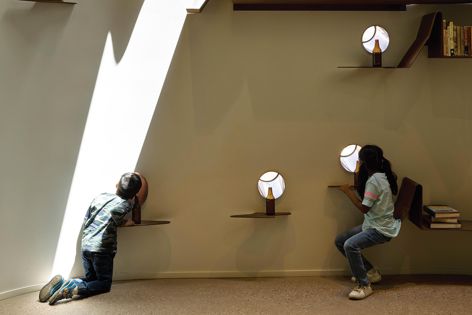 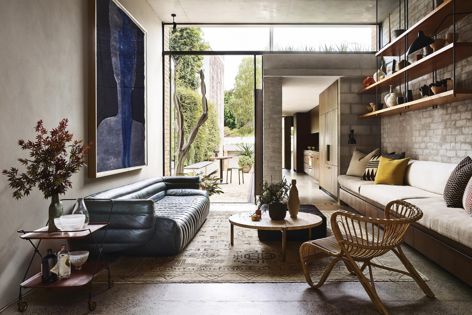 A daring hair salon designed by George Livissianis was awarded the Premier Award at the Australian Interior Design Awards (AIDA), presented at Forum Melbourne on Friday 31 May.

Distinctive for its moveable hair station pods, Usfin was described by the jurors as a “genuinely clever concept” and “a fine example of where the Australian design industry is today.”

Celebrating its 16th anniversary this year, AIDA is Australia’s most prestigious and respected awards program for the sector. The winning projects are selected by a jury of architects and design professionals at the top of their fields. This year’s jury said in its comments, “Like every year before it, [this year’s] standard is high, marked by an intellectual rigour and stylistic confidence. So many of the projects can be described as exciting and dynamic.”

Taking out the prestigious Award for Interior Design Impact this year was Our Lady of the Assumption Catholic Primary School by BVN. The project saw a dark, sombre 1970s Telstra training centre transformed into an open, light
and energetic primary school. “The exploration of interior planning, materials, movement and the subsequent impact on pedagogy and wellbeing is evident and has resulted in positive benefits to students, staff, parents and the community,” said the jury.

Interior Design Impact: Our Lady of
the Assumption Catholic Primary School by BVN

Residential Decoration: Under the Tree by Arent and Pyke

Best of State and International awards can be viewed along with commended projects on the Australian Interior Design Awards’ website. The awards program is a partnership event of the Design Institute of Australia and Artichoke magazine. It is supported by Dulux Australia, Elton Group, Space Furniture, Smeg, Laminex, Novas and Oblica, with Denfair as jury host. australianinteriordesignawards.com