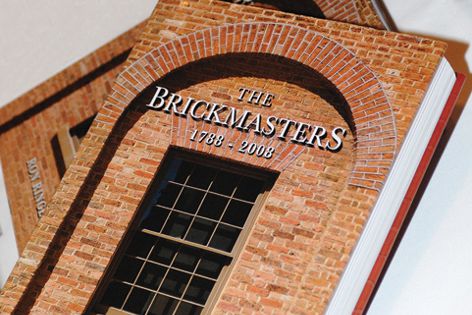 The Brickmasters 1788–2008 charts the history of Australian construction from first settlement to the present day.

Austral Bricks is celebrating 100 years of brick making with the launch of The Brickmasters 1788–2008.

The book is a fascinating history of Australia told through its bricks, and how bricks have shaped the built environment more than any other material in recorded history. Social and economic historian Ron Ringer was commissioned to create this book due to his extensive experience in the field. It documents the role of bricks in the building of the colony, including Austral Bricks’ contribution to the construction industry over a century.