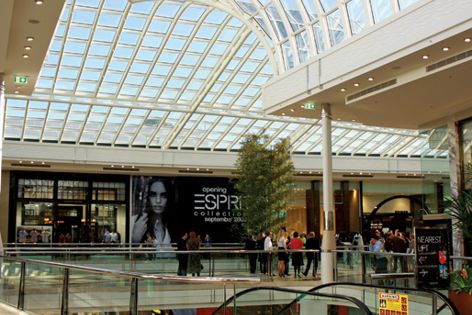 Melbourne’s iconic Chadstone shopping centre has never been one to rest on its laurels. The shopping Mecca has undergone almost constant redevelopment and has won many prestigious awards. In 2007, it became the first shopping centre in Australia to reach $1 billion in annual sales.

Jointly owned by Colonial First State and the Gandel Group, Chadstone Shopping Centre has always prided itself on attracting the best tenants and shoppers to what is essentially a high-end consumers’ paradise.

The centre is nearing completion of redevelopment stage 33, which includes many new and prestige international brand shops, some of which are not seen elsewhere in Australia.

The latest development, which includes prestigious international brands like Prada, Chanel and Louis Vuitton, has put Australian glass manufacturer Viridian at the forefront of the shopping centre, although most shoppers wouldn’t recognize it. Asked by the builders to participate in a glass solution, Viridian provided glass specifications that met the aesthetic and performance criteria of the new development.

Including barrel vault ceilings and large exterior shopfront windows, all new works had to conform to strict energy-efficiency and safety requirements, as well as meeting the architects’ and engineers’ design plans.

Viridian commercial sales manager Gerard McCluskey says, “We’ve supplied the original barrel vault monolithic-type laminated glass ever since the first redevelopment through the Gandel Group many years ago, so we knew the specifications of the original work, which allowed us to maintain the shape and necessary reflective coatings needed to retain the aesthetics of the shopping centre.”

Viridian supplied high-performance reflective Viridian ThermoTech™ insulated glass units (IGUs) with a clear laminated glass to the internal face. The glass ceiling has various dimensions with different barrel vaults running into each other and changing direction. There are myriad gutters and troughs, which made the project a complex task, forming various angles to meet the odd shapes.

Gerard says, “Typically, the tenant pays for running costs and passes them on to consumers. By reducing their overheads, we should be saving ourselves money at the checkout and saving the environment at same time by reducing the drain on natural resources and CO2 emissions.”

In addition to the west mall shopfronts and skylights, Viridian supplied the huge glass panels used in the new shopfronts on the building’s exterior. ThermoTech™ IGUs were chosen for this task because of their superior energy-efficiency performance built into grade-A safety glass.

In the case of Chadstone’s west mall, the savings made from the installation of high-performance glass are considerable. Compared to the glazing used within the existing areas of the shopping centre, the installation of Viridian Thermotech IGUs incorporating Viridian Enviroshield in the centre’s shopfronts and Solarcool in the centre’s skylights will reduce running costs by approximately $82,000 per year. The financial savings from decreased heating and cooling costs aren’t the only benefit. Chadstone’s high-performance glass choices have reduced greenhouse gas emissions associated with heating and cooling by an estimated 690 tonnes of CO2 per year.