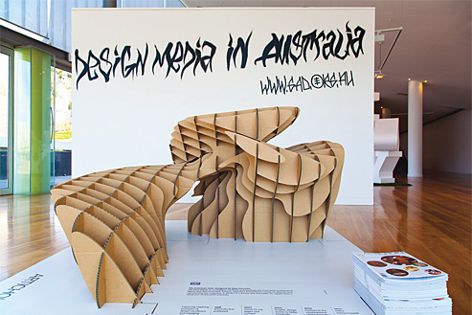 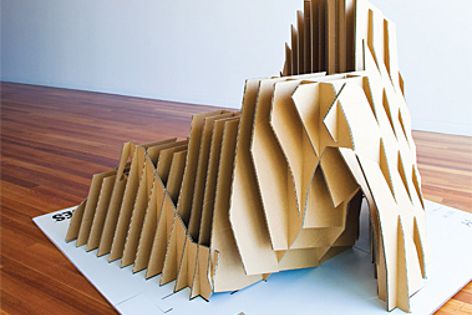 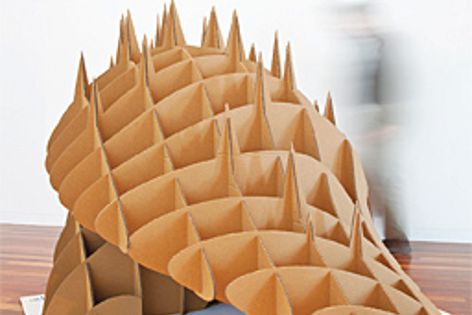 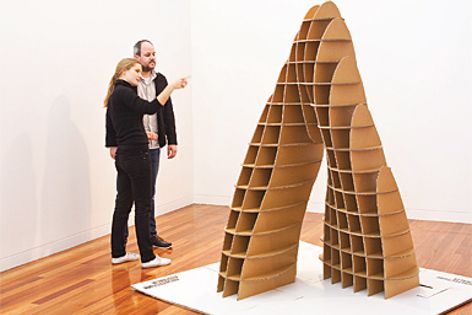 Showing at the Gallery of Australian Design in Canberra during August and September, the exhibition Design Media in Australia invited popular Australian design titles – including Architecture Australia, Houses, Artichoke and Landscape Architecture Australia – to create a freestanding installation that would enable gallery visitors to interact with the content of the magazines. Each title was allocated a maximum space of 1.8 m × 1.8 m.

The installations began as a computer-modelled arch – a basic architectural figure – that was stretched, twisted, squashed and pulled to create an abstract icon representing each magazine.

The Architecture Australia piece was a scale model of a tower with horizontal planes suggesting floor plates. The Artichoke seat represented the magazine by alluding to a bench seat and table, its organic form a visual pun on the word artichoke. The Houses fragment had 1:1 scale steps cut out of it – a human-scaled domestic object. The Landscape Architecture Australia hills were smoothly contoured like a hillside, the spikes recalling miniature trees.

The resulting collection was an inventive reimagining of these highly respected titles as three-dimensional cardboard forms and a demonstration of the possibilities in using cardboard as a design material.