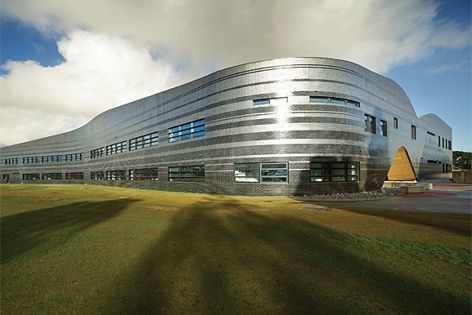 The Infinity Centre by McBride Charles Ryan, joint winner of the Commercial and Overall categories. 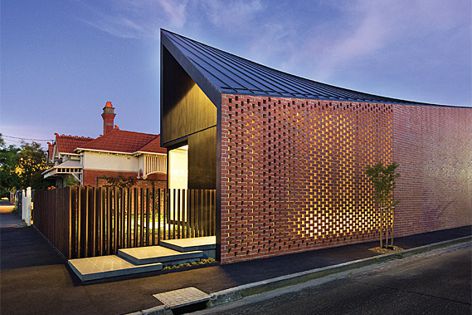 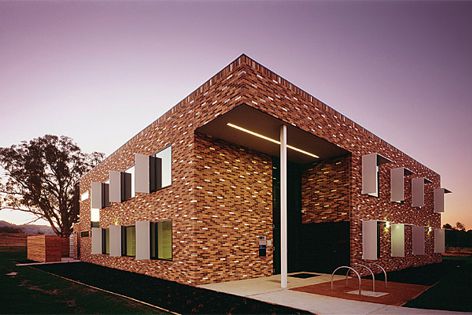 The 2012 awards enjoyed the highest number of entries in the program’s six-year history – a 40 percent increase in entries from the previous year. For the first time, prize money was offered for the Horbury Hunt Award, with the category winner collecting $10,000.

McBride Charles Ryan’s Infinity Centre and Billard Leece Partnership’s La Trobe University, Wodonga were joint winners of both the Commercial Category and the Overall Category, and have won $5,000 each in prize money.

Judges commented that “great education buildings like the Infinity Centre have the potential to shape future generations by inspiring students to think about the built environment. Here, a striking brick facade undulates in both plan and elevation with a hovering mass that defies gravity.” This is the third consecutive win for McBride Charles Ryan; its previous winning projects include Fitzroy High School and Penleigh and Essendon Grammar School – Junior Boys Building.

Billard Leece Partnership designed the new student accommodation for La Trobe University in Wodonga. The judges observed that “the building is simultaneously ethereal and weighty, hard and soft. The formal presence of the buildings is featured into the landscape through textures and tones of the brickwork.”

High commendations in this category were awarded to Richards and Spence for 19 James Street, and McCabe Architects and Bird de la Couer Architects for Atherton Gardens Estate.

A high commendation in this category was awarded to Chenchow Little Architects for Stewart House.

The Reuse category was won by Alex Symes for Austinmer using recycled brick from The Brick Pit and Austral bricks.

To view the entries and the winning projects go to thinkbrick.com.au.

Details will be announced soon for the 2013 awards program.