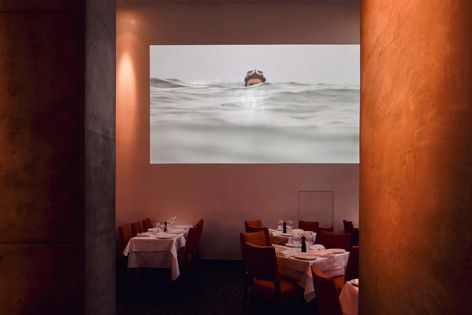 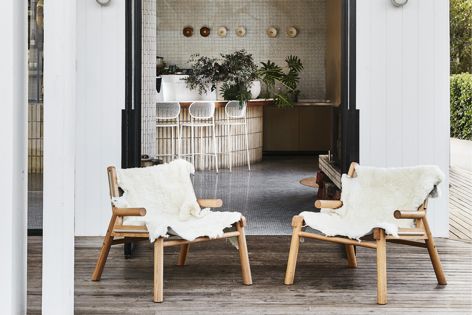 The Calile Hotel by Richards and Spence, one of two winners of Best Hotel Design. Photography: Sean Fennessy. 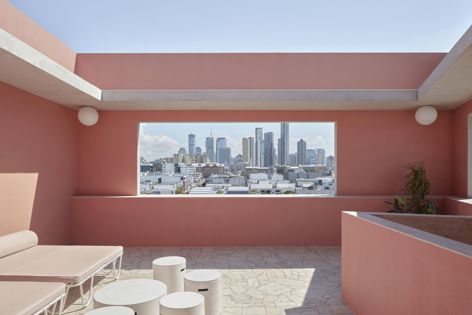 A bar in a tiny lakeside town, a new city venue for a Melbourne institution, and two hotels of vastly different scale and style were among the winners of 2019’s Eat Drink Design Awards, presented in Melbourne on 12 November.

The annual awards celebrate excellence in the design of Australian and New Zealand hospitality venues of all types. This year’s winners were drawn from a shortlist of 94, with jury chair and Artichoke editor Cassie Hansen noting that the entries demonstrated “the exceptional quality and diversity in the design of our region’s hospitality industry.”

Two projects were awarded in the Best Hotel Design category: Multiplicity’s Drifthouse in Port Fairy, a small, understated guest house commended for its use of local materials; and The Calile Hotel designed by Richards and Spence, an extravagant and ambitiously designed hotel in Brisbane’s Fortitude Valley.

Winning Best Installation Design was The Magic Box by Liminal Objects with Van Tuil, an ingenious portable bar in the shape of a barrel designed to showcase Tasmanian whiskeys. Studio Hi Ho won Best Identity Design for its work for Fitzroy North cafe Lagotto, and in Melbourne’s eastern suburbs, Via Porta by Studio Esteta won Best Cafe Design, drawing admiration for its warm, inviting atmosphere. In recognition of its longevity and cultural significance, Flinders Lane eatery Cumulus Inc, designed by Pascale Gomes-McNabb, was inducted into the Eat Drink Design Awards Hall of Fame.