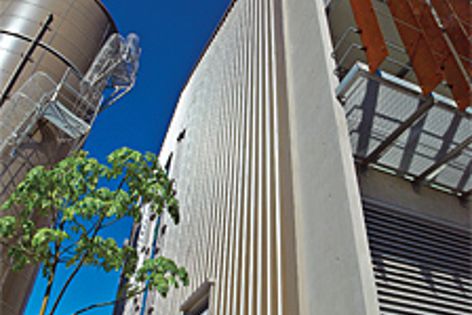 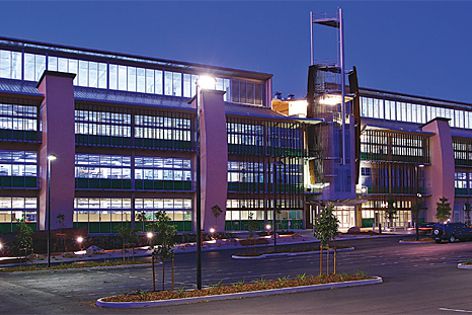 Architects for the Dandiiri Contact Centre (DCC) at Zillmere in Brisbane’s north, sought to create a “living, breathing green building.” After the DCC became the Queensland Government’s first sixstar Green Star office building, the Project Services team can rightfully claim mission accomplished. At the time of its construction, the DCC achieved the highest Green Star score for an office building in the country – a groundbreaking 92 out of a possible 105 points during Green Star certification.

Project Services achieved their success by incorporating proven systems in a novel way. The high thermal values of Kingspan insulated panels were a vital enabler of the design. The thermally efficient roof and facade are courtesy of Kingspan’s KS1000 RW insulated panel installed on the roof and walls.

Stephen Sims of Project Services says he needed to insulate the building where the impact of the Queensland sun was greatest.

“We used the Kingspan product on the most exposed walls and the majority of the roof. The thickness of the panels used varied from 60 mm to 100 mm and delivered an insulation R value of up to 5.35,” Sims says. “Because of the generous length of the panels, we were also able to minimize the number of joints and seal every joint in the panel system.”

The inclusion of chilled beams in the building meant that the warm air from the subtropical environment could not be allowed to leak into the building. Kingspan panels met the need for a roof and wall cover that had a high insulation value and very low leakage at joints.

With some of the 100 mm panels up to 13 metres long, they had to be craned in. “The whole job couldn’t have gone better really. I’d like to see more of the product,” says Greg Hugo of Queensland Roofing Systems.

Structurally, the design incorporates high ceilings for harvesting maximum daylight, allowing natural light to be transmitted into the interior and reducing the need for extensive artificial illumination.

The DCC also includes an integrated water management system for collection, treatment and reuse, photovoltaic cell technology to reduce dependence on the electricity grid and an airconditioning system with thermal storage.

In terms of the aesthetics of the building, Sims says the team was looking for something that had a wide profile with a deep pan. “We were lucky in that the shape of the ribs of the roof system – trapezoidal – was exactly what we were after,” he adds.

The team at Kingspan is proud to have been part of such a groundbreaking project, which has demonstrated its insulated panels can help facilitate world-leading green building design.