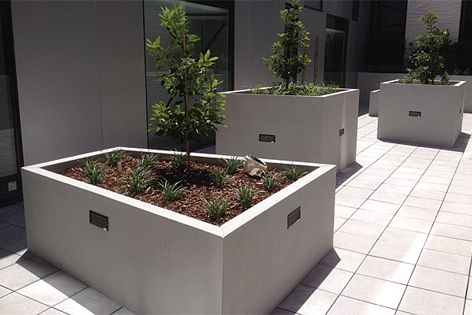 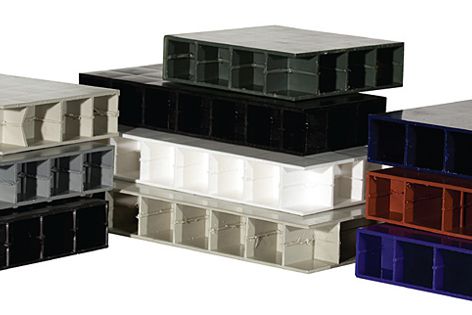 The panels have a honeycomb-like cellular structure, which makes them rigid in length and width.

New to the Australian market, Paneltim plastic panels have been used for the first time to construct large planter boxes at the recently completed Hudson apartments in Hawthorn, Victoria.

Site manager Tom Tzanidis from Crema Constructions said Paneltim was chosen initially because the planter boxes had to be installed after the apartments were completed. “If we’d used concrete it would have been a very messy job,” he said. “But Viking Plastics built the planter boxes off-site and, because the plastic panels are light in weight, we were able to lift them into the central courtyard with a crane. It was a fair reach over three stories.”

Tzanidis said Viking had already built a water tank at the site from Paneltim, which had been built off site and slid into place. “We thought if it can hold water, it will hold dirt,” he said. “We also had to put one of the planter boxes on level 4, which meant taking it up in the lift in two halves and welding it together. You couldn’t do that with many products.”

Viking managing director Malcolm Ling, who is importing Paneltim from Belgium through subsidiary company Jenso said, “We see huge opportunities for Paneltim plastic panels here. They have a unique internal honeycomb-like cellular structure, which makes them rigid in length and width, without the need for a supporting structural framework. In Europe Paneltim is used in a multitude of applications including in-ground and above-ground swimming pools, hygienic animal pens and portable site sheds. They can be built in our factory and trucked to wherever they need to go.”

Although the planter boxes were clad and rendered for aesthetic reasons, Tzanidis said there was no need to waterproof the structures internally, as there would have been with concrete. If they need to be moved or changed, this can be done without jackhammering or a complete rebuild. “We would definitely consider using Paneltim again, especially on jobs where we need to build in a day or two rather than two to three weeks. There are not many products that you can simply walk in and set in place like this.”