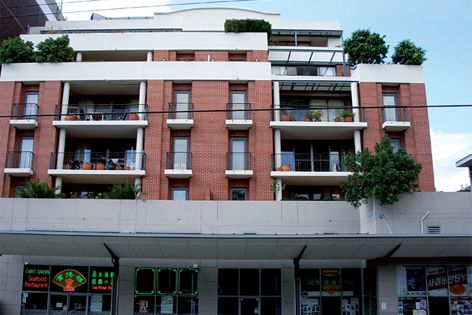 As well as challenging projects that require specialist waterproofing solutions, Wolfin waterproofing works just as well to seal the roofs and balconies of ordinary apartment buildings, such as the Park Plaza in Burwood, where the existing liquid membrane failed within a relatively short time after the building was completed.

The presence of pipes, plinths, dwarf walls, ducts, vents, skylights, tanks and a satellite TV dish within the roof presented some complication, so the Wolfin was laid directly over the existing failed liquid membrane and the existing ballast was reinstated over the new Wolfin membrane.

Specially made Wolfinsteel profiles were used to detail the plinths, walls and ducts. Projex Shockmat was laid between the Wolfin and the machinery on the roof to minimize noise transmission.

The project was completed by Wolfin applicator Crest Waterproofing.