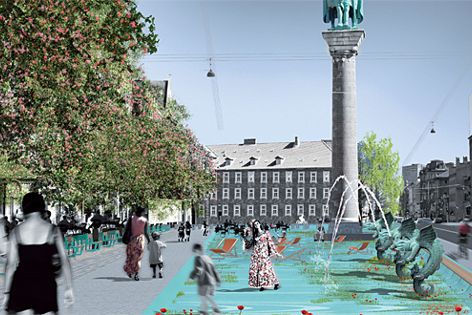 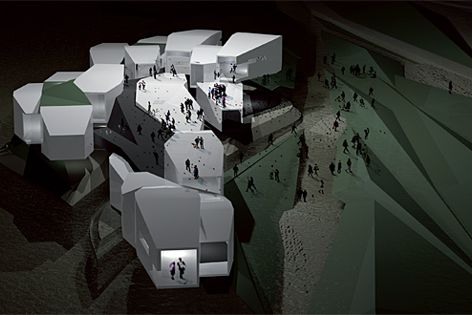 One of the winners of Unlandscaped 2010 - Outr] [Rtn’s Meander Erosion.

The winners of this year’s prize were announced at a function in Sydney on Thursday 6 May 2010. In a first for the program, the prize was shared between two winning submissions: Outr] [Rtn for Meander Erosion and McGregor Coxall for Vartov Square Copenhagen.

The jury praised the poetics and aesthetics of the plant-based landscape architecture displayed in McGregor Coxall’s proposal for Vartov Square. “The fundamentals of landscape architecture are adroitly employed to create a vibrant contemporary landscape within an historic setting. At the same time the designers have pushed beyond the boundaries of contemporary practice in water saving urban design,” they said.

Full details of the winning projects appear in the May issue of Landscape Architecture Australia. Unlandscaped is an annual program open to landscape architects, graduates, students and other built environment professionals and students who are invited to enter their unrealized projects, propositions and scenarios. The overall winner receives a prize of $3,000.