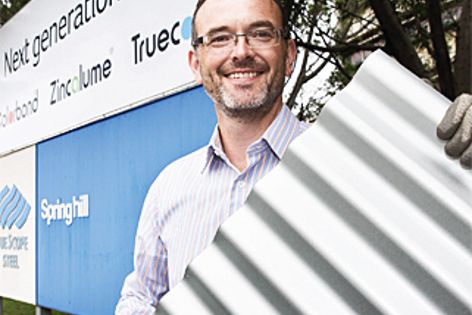 Bluescope Steel’s next generation Zincalume steel, to be officially launched in August, has a considerably reduced environmental impact compared with current Zincalume steel.

An independent Life Cycle Assessment (LCA) of the product demonstrates reductions of between 17% and 20% across the impact categories where steel’s contribution is most significant.

It found that reduction of the amount of metal resources used in the new aluminium-zinc-magnesium coating contributes to the reduction of its footprint when compared with the traditional coating.

The longer life of next generation Zincalume steel is due to its patented Activate technology, which enables magnesium to “activate” aluminium regions of the coating, resulting in a more corrosion-resistant and therefore more durable product in a wider range of environments.