The Farm by Fergus Scott Architects, shortlisted in the New House over 200 m2 and Sustainability categories. Photography: Michael Nicholson. 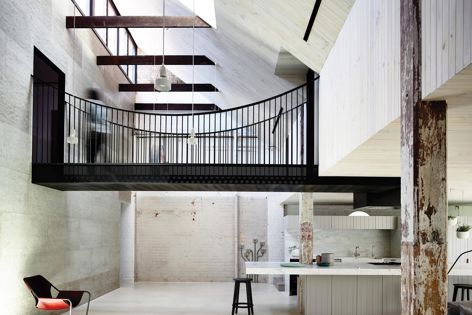 Fitzroy Loft by Architects EAT, shortlisted in the House Alteration and Addition over 200 m2 and House in a Heritage Context categories. Photography: Derek Swalwell.

The 2016 Houses Awards shortlist has been announced, and tickets are now on sale for the gala presentation party, to be held on 22 July in Sydney. The Houses Awards celebrates Australia’s best residential projects in nine categories. Now in its sixth year, the program has become one of the country’s most sought-after accolades. In 2016, a total of 152 projects and 11 emerging practices have been shortlisted.

The awards will be presented at Doltone House, Hyde Park in Sydney on Friday 22 July, following the 2016 Housing Futures conference. Each category offers a cash prize of $1,000. The awards will culminate in the announcement of Australian House of the Year, the winner of which stands to take home $5,000.

Get tickets to the awards presentation here.