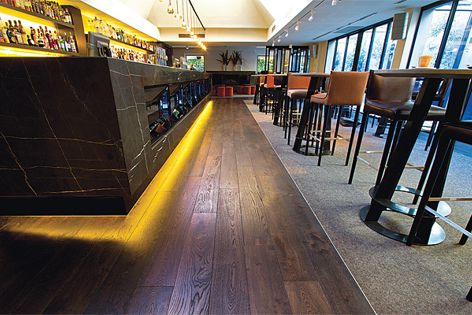 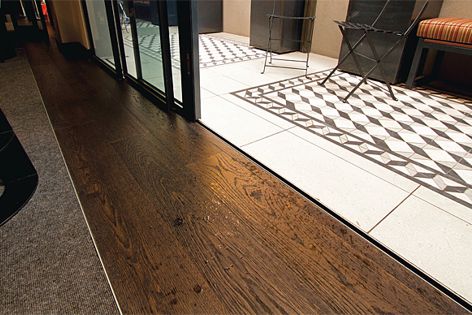 Bob Dylan once said, “The times they are a changin’.”

Sure, he wasn’t talking about superficial delights, but nevertheless he was right. The times are changing to match people’s needs. Twenty-five years ago, cassettes wound by metres of magnetic ribbon were all the rage. Today, our music isn’t even tangible. It’s two letters and a number – MP3.

The same too goes for most architecture and design – green-tinted copper, pockmarked wood, glittering mirrors and travertine stone.

While household materials get made and remade, timber flooring isn’t keeping up with the people. In fact, it’s almost identical to its inception in the early 19th century. A recent introduction to the Australian market, Tectonic timber flooring, aims to change all that.

Unlike previous timber flooring, Tectonic has modern day challenges in mind. Heat-resistant, moisture-resistant and impressive sound reduction properties means it’s built to withstand Australia’s harsh conditions. And it won’t warp, cup, swell or split. The benefit here is obvious. Canberra, Hobart or Darwin, Tectonic will live up to the test.

This brings us to the question of how. It’s more of a science than anything else. Instead of using the usual moisture barrier and acoustic underlay, Tectonic has developed a patented process made up of two layers. A stone core base that assists in controlling the expansion and contraction of moisture and heat, and of course the solid oak layer that provides the aesthetics that are known and loved.

These days the consumer is demanding. As well as being functional, looking good and economical, there’s the added pressure of being green. It’s a good thing Tectonic shares this philosophy.

Every layer of timber is thinner than traditional flooring, so it’s environmentally sustainable. On top of that it’s made from 75% recyclable material. It’s not just the green label that excites Tectonic. Really, it’s a good dose of common sense. A reseller put it well when he said, “We’re making good use of a by-product that would otherwise be wasted.”

The incorporation of green materials and unique processes doesn’t mean it takes Einstein to lay it down. Installing it to a solid-sub floor can be done at the touch of a finger. In fact, it’s a one-step adhesive. It’s easily spread with a notched trowel onto almost any flat surface.

The question is how quickly will customers get rid of the old and in with the new? Just knowing Tectonic floorings will last years beyond the next generation (and most definitely the next form of music) should be enough to get them on board.