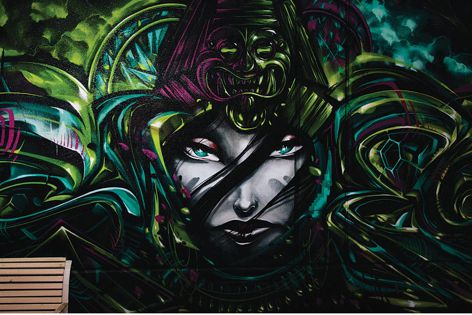 Artwork by Sofles (Brisbane), one of the artists who will feature at the Wonderwalls festival in Wollongong. Photograph: Chris Phillips for Occasionally Good. 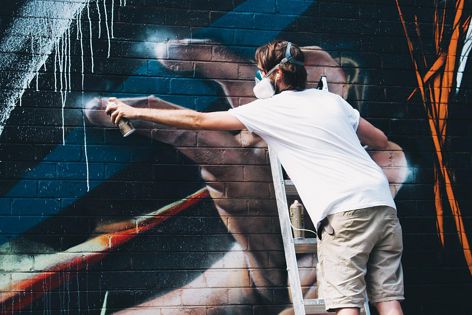 Taubmans is an integral part of Australia’s painting history, with Sydney signwriter George Taubman setting up his business in 1911 with the aim of providing the best quality paint for his trade. Now, Taubmans has launched an initiative called Off Canvas that celebrates the artistic endeavors of creatives, such as street artists, muralists and signwriters.

As part of the Off Canvas campaign, Taubmans is sponsoring the Wonderwalls festival in Wollongong in October 2015. Wonderwalls is an independent three-day festival that brings together live art installations and artist forums.

Sponsored by Taubmans, this year’s event is set to take place in its original home town of Wollongong and has attracted an outstanding line-up of talent from Australia and across the globe, including Sofles (Brisbane), Guido Van Helten (Brisbane), Felipe Pantone (Spain) and Amok Island (Amsterdam). During the festival these artists will canvas the walls of the Wollongong CBD with Taubmans paint. Multiple large-scale murals will showcase their varying styles and techniques. The festival will also encompass artist talks and a launch party. taubmans.com.au